HomeAll postsBabies & Child DevelopmentGet active with your children, the payoff is...

Get active with your children, the payoff is immense! 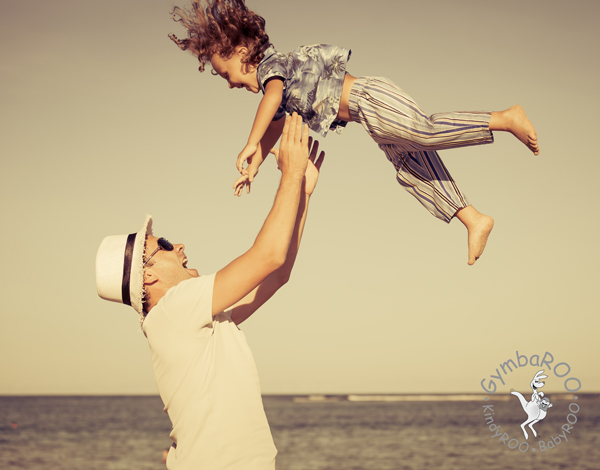 At GymbaROO and KindyROO we have always strongly advocated the importance of motor development in the first years of life to later success at school. The relationship between motor development and school success is gaining much greater traction and support as research is finding more and more, that children who do well academically also have high levels of motor skill ability. The following research papers are examples of some of the studies being carried out.

One to three year old toddlers motoring along in maths skills

A recently published study1 has found that toddlers under the age of four years who acquire an extensive range of motor skills also demonstrate high levels of mathematical skills. Toddlers develop mathematical skills based on bodily and sensory-motor experiences that apply to mathematical concepts such as shape, space and order. How do I fit? How many of those shapes can I crawl through? What part of my body should I use first in order to move through that tunnel? etc. When toddlers actively play they are also stimulating the development of number skills such as manipulation, playing with objects that require classification, one-to-one correspondence, counting and sorting.  When moving, children are developing visual perceptual skills and visual motor skills, and the more effective and efficient these are by the time a child arrives at school, the more successful the child will be at reading, maths and general achievement. In this research2, the authors investigated the motor skills and cognitive abilities of a group of four year old children. They found a strong association between a child’s motor ability, coordination and his/her verbal ability and IQ, as well as between fine motor coordination (hand and finger control) and IQ. The authors report that earlier research findings, which suggested a significant relationship between processing speed and working memory, has also been found between a child’s early gross motor development and later cognitive performance at school. Children who have more opportunities to practice motor skills and coordination tasks in their early years will not only be better equipped for learning in later childhood, this will also assist them right into adulthood. A large long-term study3 in 2006 showed a direct relationship between gross motor development in infancy and complex cognition in adults.

So get active with your kids right from the start, the payoff is immense and will benefit your child for a lifetime!

The benefits of bubbles.

Trampolines – The benefits of the bounce for babies and children.