HomeThe Making of ABSKMeet our Experts 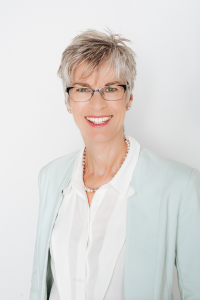 Dr Jane is one of Australia’s leading experts on child development. She has guided the Research and Education of GymbaROO-KindyROO for over 20 years, she is a Neuro-Developmental Consultant and Adjunct Senior Lecturer at James Cook University College of Healthcare Sciences. Dr Jane has been working with infants, children and parents for over 40 years and loves her job! Her past research has focussed on the important role that parents play in the detection of early, but subtle, developmental problems that may give rise to later learning problems at school. More recently she has been monitoring the results of a school-based, GymbaROO-KindyROO designed, sensory-motor movement program. The results are exciting – children are loving the program and both physical and academic skills are improving. Dr Jane not only believes that movement is the key to learning, but that parents are THE most important influence on their children’s lives. As a result, she is committed totally to helping parents help their children – from tiny babies through to school-aged. She lectures extensively and has appeared on media worldwide, including: Major TV Networks/Chat Shows/News in Europe and Asia.

Dr Jane also keeps abreast of the latest research in early childhood development and ensures that the GymbaROO-KindyROO programs are as up-to-date as possible. Parents can be assured that information they receive and the activities they do at GymbaROO-KindyROO are the best they possibly can be! 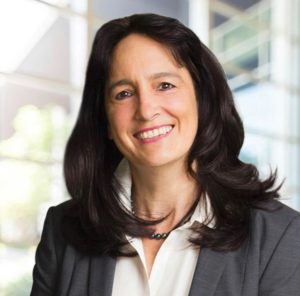 Dr Meredith is a paediatrician and medical research scientist. Dr Meredith developed her interest in paediatrics and child development through working closely with her mother Dr Mary Lou Sheil MBBS DCH (London), who was an inspirational medical practitioner who pursued a 40 year career working with and treating children with behavioural and learning difficulties, prior to her death in 2000. Dr Mary Lou, along with her sister Margaret Sasse RN were pioneers in this field, and were passionate about optimising early child development. They worked closely together. Margaret founded Toddler Kindy GymbaROO, and together they wrote many books, articles and research papers and produced the first early childhood development video series – “The importance of being an infant”.

After a 20 year career working in paediatrics, specialising in paediatric cardiology and completing her PhD at Sydney University, Dr Meredith has now moved into a research career while raising her 4 children. Dr Meredith feels so fortunate and grateful to have had the opportunity to share in the knowledge experience and wisdom about the critical importance of early child development from her Aunt and Mother. She has found it invaluable to her during her career in paediatrics, and in raising her own children, and is only too delighted to continue their legacy and share it with other parents through GymbaROO-KindyROO. 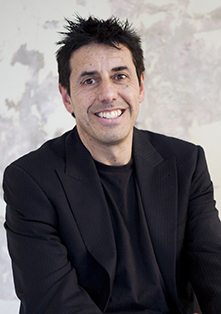 Luke Sammartino was born in Melbourne in 1966, the second son of a busy family doctor. His father Vincent became, and remains, a major inspiration and example to Luke in his personal life. Luke was educated locally and undertook his secondary schooling at St,Kevin’s College. After his HSC, he undertook an honours science degree, majoring in anatomy and pathology, at the University of Melbourne, graduating in 1987 with first class honours. A life-changing decision followed with the opportunity to study medicine at the progressive Flinders University, in South Australia. That degree was completed in 1992 with his excellent performances in anatomy and paediatric studios recognised.

Dr Luke commenced paediatric training as soon as he was able and eventually made his way back to Melbourne to complete his fellowship. Along the way he also completed a Doctorate of Medicine that investigated the area of paediatric acute bronchiolitis (a children’s chest disease). His doctoral, and other research work, has been widely published. Currently, Dr Luke practices privately with his thriving clinic located in Melbourne’s north. The bulk of his work is about babies and young children. The second inspiration in his life is his wife Anne and the couple share four beautiful children. Their youngest, Luca arrived in 2008.

When not working(which is not often), Dr Luke enjoys gym and fitness, travel, language study and piano.

Pinky McKay is an International Board Certified Lactation Consultant (IBCLC), and a certified infant massage instructor who is sought the world over for her down-to-earth, gentle and fun parenting advice. She offers candid conversations about the not-so-sexy reality of parenting, family relations and more. Pinky takes pride in restoring mothers’ confidence as she solves breastfeeding and infant sleep/settling problems and – teaches therapeutic baby massage, too. She runs a busy private practice in Melbourne offering workshops and private consultations.

Pinky has appeared on most major national TV shows including the Today Show, Today Tonight, A Current Affair, The Morning show, The Circle, Mornings with David and Sonya and has been interviewed for various print publications nationally. Plus she’s a best-selling baby care author with four titles published by Penguin including Sleeping Like a baby, 100 Ways to Calm the Crying, Toddler Tactics and Parenting By Heart. Her books are endorsed by professional bodies such as The Australian Breastfeeding Association, La Leche League International and The Australian Association of Infant Mental Health. For more information about Pinky go to: http://www.pinkymckay.com/ 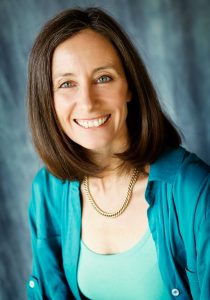