Understanding tantrums – It’s all about the brain 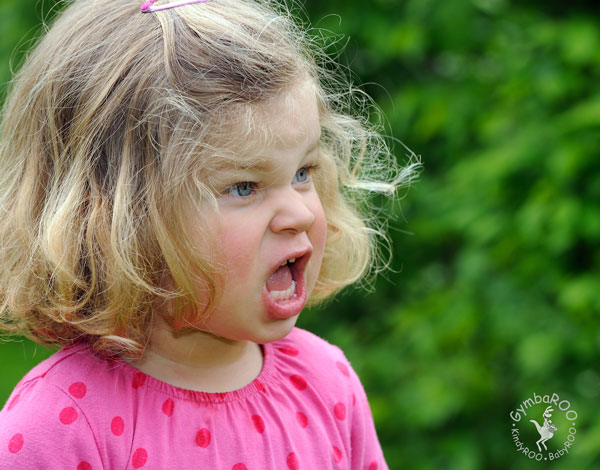 Why do young children have such emotional explosions?

Tantrums are typically characterised by stubbornness, screaming, yelling, shrieking, defiance, angry ranting, resistance to attempts at pacification and in some cases even hitting and biting.

Parents often view these emotional outbursts as very concerning, finding them challenging and demanding, by not realising that these behaviours are not only developmentally appropriate, but also essential for growth.

Michael Potegal PhD, a paediatric neuroscientist at the University of Minnesota, has spent many years studying tantrums and how and why young children have such emotional outbursts. He concluded that “…these outbursts are as normal a biological response to frustration, as a yawn is to tiredness.” He says, “…it is so normal, that one could make a science out of the progression of a tantrum and predict one down to a second.” Infants from eighteen months to four years are hardwired to misbehave. That means ‘nurture’ is not always to blame and parents need not be so hard on themselves when the inevitable behaviours occur. Right behind the eyebrow lies the prefrontal cortex. This is the part of the brain that regulates emotion and controls social behaviour. It is the last area to develop and only begins to mature at the age of four. This immaturity serves an important developmental role in the acquisition of language. Language is the most significant social tool for humans. Potegal says that the underdeveloped prefrontal lobe is what allows children to master language and the child’s disagreeable behaviour “…is most likely an evolutionary trade off for the sake of human communication.” While this might make parenting more challenging, it is good to know that tantrums actually serve an evolutionary purpose. Not only does the immature prefrontal cortex cause outbursts and irrational displays of emotion, there is another factor at play in the behaviour. It is a feeling of anxiety, as many events, that are ordinary to adults, can be confusing and scary to infants. The feeling of heightened arousal causes the body to release cortisol, the ‘flight’ or ‘fight’ hormone. Cortisol increases blood pressure, speeds up breathing rates and mostly leads to confused or unclear thinking. This anxiety can turn children to virtual bundles of kindling, ready to ignite at the slightest provocation.

When the child has a tantrum, it is recommended that parents ask themselves, “What purpose does this inappropriate behaviour serve?”  If the child is looking for attention or a tangible thing such as a toy, food or treat, the best response is to ignore the behaviour and maintain composure.  Parents are encouraged to try not to fall into the ‘anger trap’. If parents lose their patience and become angry, it will be like throwing gas on a fire and the tantrum is likely to last much longer. There is another trap that parents can fall into and that is the ‘sadness trap’.  If a child is comforted in the middle of a tantrum, the behaviour is being reinforced. It is best to tell the child, “I’m sorry that you are upset. When you calm down, I’ll give you a hug and we can talk about it.” This way the parent offers support and sympathy, while at the same time showing the child how to regulate his emotion. Potegal’s research has found that the child will compose himself much faster when the parent manages to do that.

The above strategies however, do not apply to an ‘escape tantrum’, a child, who is having a tantrum because he does not want to do what he is asked to do. In this case, ignoring him gives him what he wants. The parent is no longer asking, for example, that the child put his toy in the toy box. Putting him in a time out situation is not going to work, since that is time he does not have to put the toy away and the tantrum is working. Instead it’s advisable the parents tell the child, “When you have put your toy in the box, then you can; have your lunch; go outside; play with the next toy…,” or what ever it is he wants to do next. It’s all about ‘natural consequences’. This will not happen until that is done. If the child tries to move on to his next activity, gently and calmly place the child back in the room with the toy.  No method should never include physical force or anger.  Once it is done, parents need to follow up with positive reinforcement of the desired behaviour: “Great! Now that you have put your toy away we can …” Portegal found that toddlers are a literal force of nature, who baffle the most calm and prepared parent. The average tantrum lasts about three minutes, according to his findings. Just as quickly as a child can slip into anger and sadness, he can also quickly slip out of it. That’s why the child is back to playing as if nothing has happened, while the parent is still rocked from the event for some time. His immature prefrontal lobe allows him to move on without dwelling on the hurt. He lives in the present, neither thinking about events that took place more than five minutes ago, nor worrying about the future, which for him is a mere ten minutes away. Below the age of four, is an age devoid of reasoned thinking. Self-centred behaviour is normal for toddlers, focusing on their own needs and happiness.

It is advisable for parents to focus on the less troublesome times, to admire the child’s friendly moments, his liveliness and mobility, his eagerness to help out, so that he learns to rely less on temper tantrums to get attention and his own way. These moments need to be used to teach him social and emotional skills and for parents not to get trapped into the drama. Understanding that a child’s difficult behaviour are all part of healthy and normal development can make parents feel more secure and confident. Next time parents find themselves in one of those melt-down situations they can take a moment to assess the situation and remind themselves that it is a necessary stage of childhood and it will pass as the brain matures.

Toilet Training. When, Why and How.

Primitive reflexes and why parents need to know about them.