HomeAll postsBabies & Child DevelopmentWatch out! Screens and your child’s eyes

Watch out! Screens and your child’s eyes 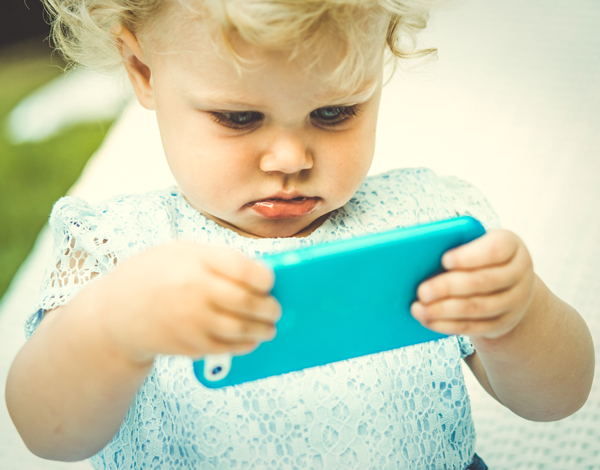 A study in Australia has found that the frequency of myopia, also known as near-sightedness or shortsightedness, in children has almost doubled in the past five years. Another study in the United Kingdom reported that British children are twice as likely to be short-sighted now than fifty years ago, and a study by the National Eye Institute in the USA also found that the incidence of myopia has jumped exponentially in Americans over the last few decades. A global study published by the Brien Holden Vision Institute predicts that half of the world’s population could be short-sighted and need glasses by 2050 with many at risk of blindness.

According to research published in the Ophthalmology Journal, the two clear reasons for the spike in myopia in children, are an increased amount of time spent focusing up close and a lack of outdoor activities.

“Children are spending more time on smaller screens closer to their faces and that puts more strain on their eyes,” says Optometry Australia president Kate Gifford. “Focusing on things too close to the eyes for a prolonged period puts excessive strain on the eyes and has been found to hasten the progression of myopia,” she says.

“When you’re telling your eyeballs all the time that your whole world is only fifty centimeters in front of them, the eye adapts to that.’’ Ms Gifford explained that children’s eyeballs grow too quickly when they strain their eyes by looking up-close too often, resulting in blurred distance vision and the need for glasses. She said that children who spent more than three hours a day focusing at short distances were two or three times more likely to become shortsighted than those who spent less than two hours. Then there’s the ‘blue light’ issue. Optometrist Dr Alexander Du explains: “Light that we see is made up of the colours red, orange, yellow, green, blue, indigo and violet. These colours vary in wavelength and energy. The blue, indigo and violet lights are higher frequency and hence higher energy. Studies suggest that over time, exposure to these high energy blue lights may cause both short and long-term damage to your eyes.”

Experts recommend that to limit blue light exposure and to help prevent myopia from developing and progressing in your children:

Temporal awareness: Helping you child to be a great learner, it’s all in the timing.