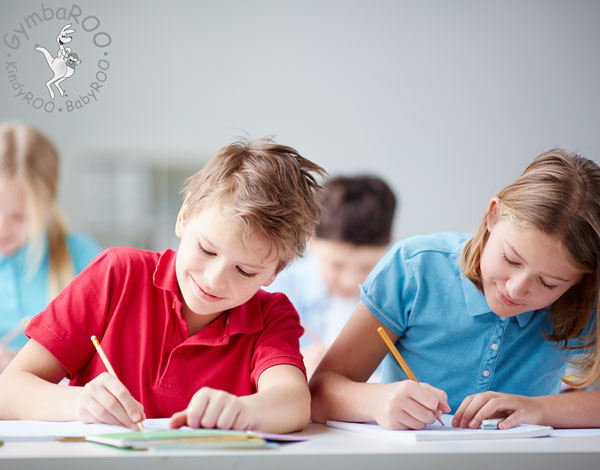 Technology has put keyboards at the tip of our fingers from our smartphones to our laptops, which has led some educators to believe that there should be an emphasis on keyboard competence instead of handwriting. However, did you know, while handwriting, we are in the process of one of the most complex behaviours we can perform? The handwriting process is a very complicated and intricate one, combining multiple brain centres.

Psychologists and neuroscientists have provided new evidence regarding the benefits of learning to write by hand. Cognitive psychologist Dr. Dehaene, from the College de France, says handwritten words stimulate, train and exercise our brain. When writing by hand “a unique neural circuit is automatically activated, which provides a key step in cognitive development and makes learning easier.”1 During handwriting, the brain develops specialisations that integrates sensations, movement control and thinking. Brain imaging studies reveal that multiple areas of the brain become co-activated during handwriting. There is also the benefit for thinking skills used in reading and writing. When children learn to write by hand, they not only learn to read more quickly, they also produce more ideas and retain more information. A study by Karin James, a psychologist at Indiana University, supported the findings. Children who had not learned to read and write were asked to reproduce letters in three ways – drawing, tracing and typing them. The brain scanner revealed that when children drew a letter freehand, they showed increased activity in three areas of the brain. When children traced or typed letters, it showed no such effect. Handwriting helps train the brain to integrate visual and tactile information and fine motor dexterity, but what’s even more critical, is the development of a region of our brain, where the visual and language come together, where visual stimuli actually become letters and words. Children have to be able to visualise letters in order to produce them.

There is ever-growing evidence of a very close relationship between developing motor skills and cognitive skills. It is important to know however, that gross motor ability influences fine motor development. For example, a child’s ability to maintain upper body support affects his ability to use fine motor skills during drawing and writing. Hand-eye coordination also plays an important role.

There is a general pattern that children’s fine motor development follows and milestones that are ‘typical’ of particular age ranges:

For young babies: By five months – can reach out for and hold objects for a short time.

For older babies and toddlers: By six months – can hold and shake objects. By nine months – can transfer objects from one hand to another, pick up small objects using a thumb and forefinger pincer grip. By sixteen months – can turn the pages of a board book, complete simple peg puzzles and use knobs. 2 years: Holds a pencil well down the shaft towards the point, using thumb and first fingers. Does spontaneous circular scribble and dots, imitates vertical line and a ‘V’ shape. Turns pages of a book.

2 ½ years: Holds a pencil in preferred hand, with improved tripod grasp. Imitates horizontal lines and circle, the letters T and V. Builds a tower of about seven blocks.

3 years: Builds towers of ten blocks. By 3 ½ years – builds bridges and threads large wooden beads. Closes fist and wiggles thumb and uses it with control. Copies circles, letters V, H, T. Imitates a cross. Draws a person with head and usually one or two other features.

4 years: Builds towers of more than ten cubes, several bridges spontaneously or on request. Imitates spreading of hand and bringing thumb into opposition with each finger in turn, right and left. Holds and uses a pencil in an adult fashion. Copies cross, letters V, T, H O. Draws a person with head, legs, trunk and usually arms and fingers. Draws a recognisable house spontaneously.

Read more: The skills needed for writing begin in infancy. What parents can do. Fine motor activities parents can do at home

When thinking about fine motor activities, we usually focus on ‘traditional’ experiences such as threading, drawing, painting, gluing, cutting with scissors or using playdough with rollers and shape cutters. However, many other daily activities or play experiences offer valuable opportunities for fine motor development. Marianne Schriever is a past school principal, GymbaROO teacher and trainer and early childhood neuro-developmental consultant.

Handedness – Developing a preferred hand, does it matter?

Reading to babies and children gives them an early cognitive advantage.