HomeAll postsDadsDadvantages: The advantages of being an...

Dadvantages: The advantages of being an involved father 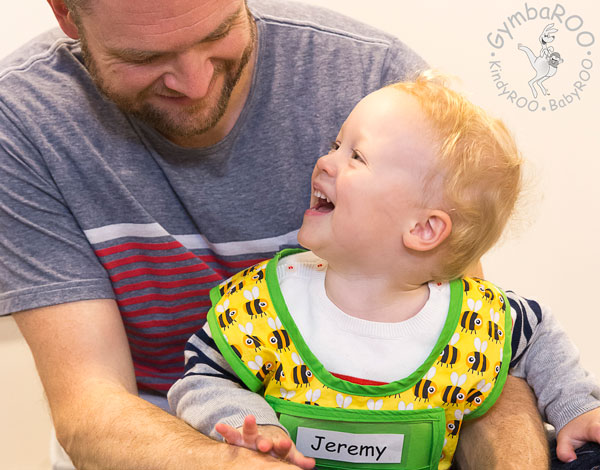 With Father’s Day is just around the corner, what better way to celebrate and to thank dad, than to let him know some of the advantages, according to science, of him being involved his kiddies lives: Dadvantages!

It is impossible to over-estimate the importance of dad. A substantial body of research demonstrates that a father’s involvement has enormous implications for his child in terms of social, emotional, behavioural, physical and cognitive development – the more involved the father, the better! A current analysis of over one hundred studies on parent-child relationships found that having a loving, nurturing and involved father was as important for a child’s overall development as having a loving and nurturing mother. Happily, recent studies indicate that dads are now more engaged in child rearing than ever before. We are thrilled at the increasing number of dads that are able to make it to GymbaROO classes! A father is defined as ‘involved’ if his relationship with his child can be described as; sensitive, warm, friendly, supportive, nurturing, affectionate, encouraging, comforting and accepting. Being ‘involved’ is also defined by the amount of time spent doing things together including, but not limited to; performing routine physical child care, (changing nappies, dressing, bathing, preparing meals); shared relaxation time, (reading together, telling stories, singing nursery rhymes); and the amount of playtime and how effective, mutual and reciprocal the play is. In addition, a father is classified as being ‘involved’ if his child has developed a strong, secure attachment to him.

Experts agree that a biological live-in father isn’t a requirement to pass down the benefits of involved fathering and that children can receive the same positive benefits from a dedicated and loving step dad or a father figure, for example; an uncle, grandfather or a close male friend.

The Dadvantages of being a highly-involved father to: The impact of an involved father and his love and nurturance is worth so much to his children’s well-being, their life and their learning. Thanks Dad! Come September, we would like to wish all dads a very happy Father’s Day.

At GymbaROO we have long recognised the importance and the eagerness of dads to participate in their child’s development. Our GymbaROO classes and our Active Babies Smart Kids online baby classes provide dads with the perfect opportunity to spend quality play time with their babies and children!

Father’s Day craft: 15 of the sweetest and easiest ideas.